Icing on the Cake or Tiara on the Homecoming Queen

This has been a big week for Avery. She turned 18 years old. She won Homecoming Queen 2011. She has now been accepted to two universities. Her future is so bright, she is going to have to wear shades!!!! 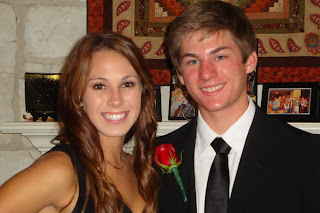 Tanner Stevens was Avery's escort for Homecoming.
He was a great escort. He reminded her to breathe when she was nervous. 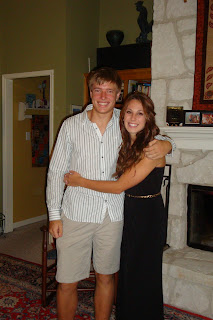 Avery had lots of visitors drop by to wish her good luck.
Andrew Giese came home from UT for Homecoming weekend. 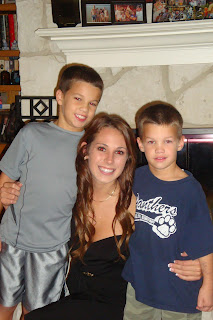 Cole and Charlie. After this picture, Cole pulled Avery down on the ground in her gown. Then he gave the "thumbs up". 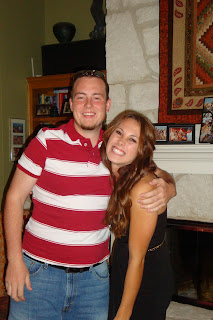 John Johnk also came up from San Antonio.
He and Avery are friends from church and UM Army. 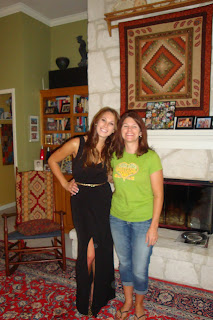 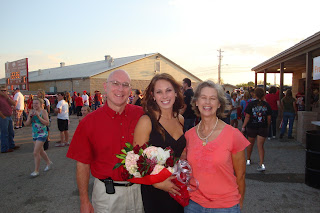 Mom and Dad with Avery at the football field before the game starts. 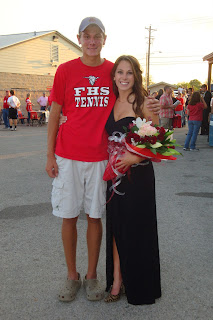 Richard Remschel and Avery at the football field.
They have been friends since first grade.
Can you tell he is 6 foot 7 inches? 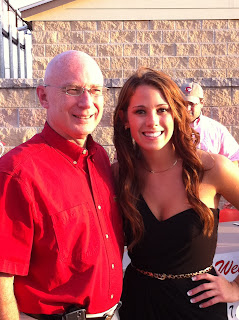 Avery and her daddy before the game. 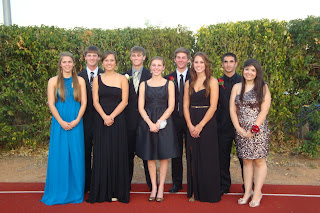 The Homecoming Court and their escorts.
From the left: Hailey Welgehausen and Cord Weinheimer,
Erika Lehocky; her escort Andrew Rodriguez was on the football field,
Simon Hale and Blair Kott,
Tanner Stevens and Avery Smith,
Shelton McAfee and Alexandra Mercedes. 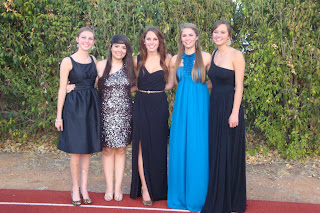 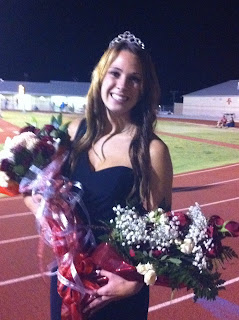 Homecoming Queen 2011 - Avery Smith!!
Holding her numerous bouquets after she was announced Homecoming Queen. Note the tiara - could it be her new favorite thing?? 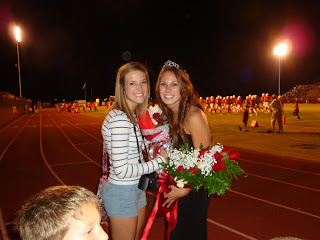 Ashlyn and Avery hugging after the announcement.
Daniel's (my nephew) head is in the corner of the shot!!!!
Somehow that is the only shot of Joey's kids. Sorry Joey :(
A big THANK YOU to everyone who made this a special occasion for Avery!
Posted by Beth Smith at 9:55 AM